10 Unique Christmas Traditions Around the World

Our world is composed of different religions, cultures and traditions. We are all unique that way. Nevertheless, we share some common beliefs and celebrations that unites us all despite the obvious differences. These traditions are cherished, respected and valued by everyone since it defines us and our origin.

Christmas is one of those worldwide events that many of us feel passionate about. Today is the time of the year that we feel the love and the essence of giving throughout the world. Most people find it hard to be grouchy and sad during this time and tend to be more lively than usual despite the numerous problems we encounter during our day-to-day activity. With the love in the air around us, who could blame them?

Listed below are 10 Unique Christmas Traditions in the World describing some amazing traditions, beliefs and customs that our brothers and sisters around the globe do before, after and during Christmas Day. Highlighted are those unique beliefs that make us all cherish this time of the year. 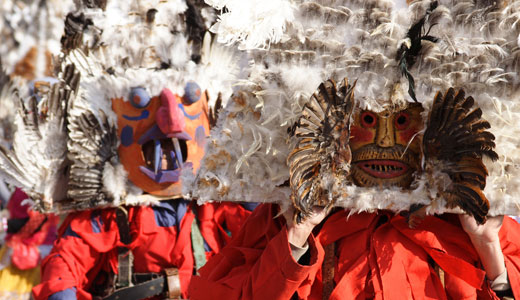 Mummering is a Christmas tradition in Newfoundland and Nova Scotia. These are small groups of belsnicklers or masked mummers dressed up in costumes and visits household where they sing and dance. The mummers are served with Christmas cakes and cup something nice by the host. There are some places, however, wherein the host is given a chance to guess who the mummers are and if they guessed correctly, the mummer removes his/her disguise and stops making rude noises and actions. If guessed incorrectly, the host must join the Mummers in their merry-making.

Aside from the tradition of serving food for the dead, another custom in Portugal is the Janeiras. It consists of a group of people strolling the streets and singing from house to house. After the song, the singers are invited inside and are served with snacks and drinks. If the host does not open the door and if the food and drink doesn’t meet what is expected, the singers will sing songs of mockery.

Ganna, known as the Ethiopia Christmas, is celebrated with a night long church service on Christmas Eve where the people remain outdoors praying and chanting. At Christmas morning, a colorful procession- headed by 3 young men who lashing whips from left to right to keep the people in line- makes its way to a nearby hilltop where a service is held.

One important figure in the German Christmas celebration is the angel called “Christkind”, messenger of Christ Child, who brings a basket of toys.

In some parts of the country, children write to the Christkind asking for presents. These letters are left on the windowsill at the beginning of or during Advent.

In some homes, a room is locked up before Christmas and is opened on Christmas for the children where they they see the tree all lit up, with piles of parcels on little tables.

Sternsinger (or star singers) is another tradition in Germany where four children sing songs to collect money for charity. Three of this four children dresses up like the Wise Men while one carries a star on a stick (as a symbol for the Star of Bethlehem).

The children writes a signature with chalk over the door of the house after singing. This sign has to fade by itself otherwise it is considered as bad luck. 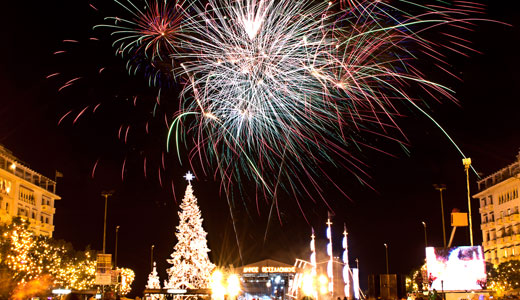 Greeks believed in the existence of Kallikantzari (or Callicantzari), mischievous and dangerous sprites which prey upon people during the 12 days of Christmas (between Christmas Day and Epiphany). They are believed to emerge from the center of the earth and slip in people’s house through the chimney. These creatures are said to cause mischief in houses they visit. Several household would keep a fire burning on the hearth throughout the twelve days to repel the undesirable sprites. A ceremonial blessing of the waters by a priest on Epiphany was believed to settle the nasty creatures until the next year. 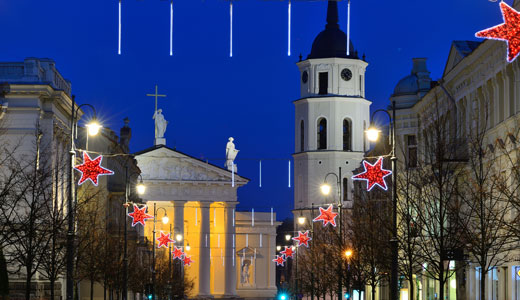 In Lithuania, straw is considered a traditional decoration. They are normally spread on the table top and covered with a white tablecloth.

Several superstitions are observed during this day.

One superstition says that if you pull a piece of straw from under the tablecloth and it’s long, you will have a long life and if it’s short you will have a short life. A thick straw also means a rich and happy life.

Another superstition also believes that dish served on Christmas Eve should be tasted. Skipping one is considered to be unlucky. An extra plate is also set on the table during the meal for any family member that was unable to come home or had died in the past year. Believing that the spirit of the departed joined the family at the table on this sacred evening, a small candle is placed on the plate and was lit during the meal. 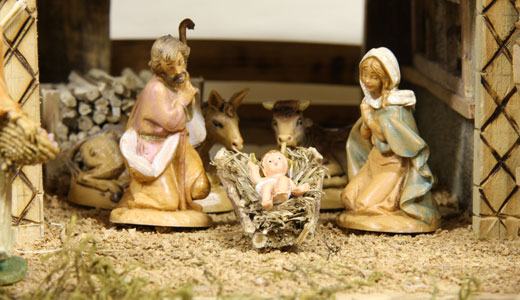 Maltese Christmas is traditionally centered on the crib which is displayed everywhere. This cribs have crib figures called ‘pasturi’. A midnight mass is celebrated on Christmas Eve wherein the highlight is the reading of the nativity story by a 10 year old boy. 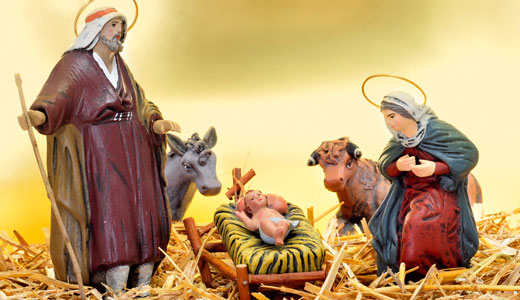 Most famous Christmas tradition in Mexico is the Posada (Spanish for Inn or Lodging). This procession reenacts the search of shelter by Joseph and Mary before Jesus was born. The celebrants (children) go from house to house carrying the images of Mary and Joseph looking for shelter. The Posada makes its way to designated homes where they sing about Joseph and Mary asking for a home. The children are told, however, that there is no room in the house and that they must go away. Eventually, the children are invited in where they say prayers of thanks and then they have a party with food, games and fireworks.

Romanian villages practice the custom called ‘Ignatius’ wherein a pig is specially chosen for this purpose and fed to make it grow fat, often around 300 pounds. The pig is then sacrificed in every house in the honor of Saint Ignatius. Many places would traditionally dress up someone with a multicolored mask as the goat known as the ‘Capra’. It goes round with the carol singers, jumps and dances and getting up to lots of mischief. 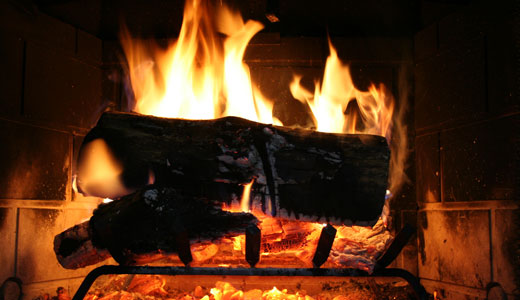 Unique Christmas traditions in the United Kingdom includes children writing letters to Father Christmas, listing their requests. Some children toss the letters into the fireplace instead of putting them in the post. It is believed that the drought carries the letters up the chimney and Father Christmas reads the smoke. Some areas including Scotland, believes in the tradition widely known as ‘first footing’. It is said that the first person to set foot in a house in a New Year is thought to have a big effect on the fortunes of the people that live there.

Whether you are celebrating Christmas with your family today or not, let us all celebrate this joyful season with love in our hearts.!!