If you are looking for a great day trip in Taiwan, one of the popular activities is to go on a Northern Coast Tour Taiwan. Here’s why…

During our visit to Taiwan, we got a chance to go on a day trip from Taipei to the northern coast of the country. Despite it being short, we managed to see several attractions in the area.

Below are some of the attractions you can enjoy on a Northern Coast Tour Taiwan.

How to Get to the Northern Coast To visit the Northern Coast, you will have to take the red line at the Taipei’s MRT station going to the Tamsui Station. From the station, take the North Coast Shuttle Bus and drop off at any of the designated bus stop locations.

The bus is a great transport option for tourists traveling through Taiwan and who wants to see the stops on their own time.

You will need to find the Taiwan Tourist Shuttle – North Coast Shuttle Bus in front of the Kavalan Whiskey and Mr. Brown Coffee. It is located at bay #6 and signed route 862.

A 1-day pass is available for a fee of 200 NTD. It’s like another version of the hop-on-hop-off bus that will take you to some of the major attractions.

Another option is to take a shuttle bus from Ximen. You can buy tickets here: Jiufen Shuttle Bus from Ximen

How to Book a Day Tour If you want a hassle-free booking experience, you can avail of organized tours as we did. Our Northern Coast Tour Taiwan was organized by our friend from Ludify Trips.

The tour cost includes the guide, the vehicle, and gasoline. We were taken to 6 tourist spots on the northern coast by our tour guide/ driver.

The cost does not include the entrance fee and any of the tour activities.

The van picked us up in front of the Pillow Hostel where we stayed the entire trip. Our pick-up time was at 8 AM and we were dropped off at the hotel by 6-7 PM. Travel time took an hour or so, I think, as it depended on the traffic.

Or through here of a pastry-making experience: Yehliu, Jiufen, and Shifen Day Tour with Taiwanese Pastry Making

Another option is Taiwan’s Northern Coast Aside from the amount, you have to pay for 80 NTD for the entrance fee at the Yehliu Geopark. Another activity that you will need to pay is 100-200 NTD for the lanterns at Shifen but that is optional.

The food and drinks are also not included yet, so you will also have to pay for your lunch and snacks too.

If you are to visit this side of Taiwan, here are some of the Northern Coast attractions that you should include in the itinerary. One of the most popular attractions in Northern Taiwan is the Yehliu Geopark. It is the home to unique geological formations which also includes the iconic ‘Queen’s Head’.

The park is located along the cape of the town of Wanli that is estimated to stretch for about 1,700 meters. Aside from the ‘Queen’s Head’, several rock formations called the Sea Candles, Fairy Shoe and Ginger Rocks are located here.

When we visited the area, it was too hot for our liking and we ended not truly enjoying it.

Ticket Price: 80 NTD
Where to Buy Tickets: The ticketing book is located right at the entrance of the geopark. You can also buy your tickets in advance online to avoid queues by booking it here: Yehliu Geopark Admission Ticket One of the vibrant and popular street markets in Taiwan is the Jiufen Old Street. It was our second stop during the Northern Coast Tour Taiwan and where we grabbed lunch and some snacks too.

The streets at the Jiufen Old Street is narrow and steep. It is located overlooking the sea so you’ll get wonderful views of the ocean especially at the edge of the market. Aside from the souvenir shops, there are plenty of free tastes here too so you can try some of the delicious food before deciding to purchase.

We had our lunch here before deciding to split up to have the freedom to stroll around the market. My husband and I were just happy snapping photos and purchasing a few shirts to take home. The Shifen Waterfall is Shifen’s popular attraction with its height of 40 meters. It is considered to have one of the most scenic views in Taiwan.

There are several shops and stalls along the way to the falls. You can grab a bite here and there and enjoy the view too. To get to the falls from the main highway, you will need to pass through a footbridge. The bridge is an attraction in itself but it can be pretty crowded during peak hours so taking photos of just the bridge is tricky. There are several viewing decks at the falls so you can see it from different heights. The area is pretty much developed so you can enjoy a few hours here.

Don’t forget to try out the delicious fish balls and other tasty treats near the falls too! Another attraction that you need to visit on your Northern Coast Tour Taiwan is the Shifen Old Streets with its old lanes and alleys in and around the Shifen railway station area.

The Shine Old Streets is also where you can fly a lantern on the railway area for a fee. Cost depends on the number of colors on the lantern that you want. The price starts at 100 NTD.

The Shifen Old Streets was our last stop and by the time we arrived there, it was already in the afternoon. There were lots of people there too and most were already flying their lanterns. You can write on lantern for your wishes then fly them with the assistance of the attendants. I am not sure of the sustainability of the activity but it appears to be quite a novelty to most tourists.

People are also not allowed to stand on the railways for safety purposes because the train still passes on it on intervals. You can take photos there, though as long as you don’t stay too long.

There are guards and warning bells going off when the train is approaching too.

Aside from the lanterns, there are several stalls that you can also visit and browse through when you go during your Northern Coast Tour Taiwan. You can stay here for hours and enjoy the shops and while you stroll around. The golden waterfall is a falls in the Ruifang District in New Taipei. It has several uneven levels that add a dramatic landscape to the falls.

Unlike the Shifen Waterfalls, the Golden Waterfall is in a more natural setting with no commercial establishments nearby. There is only a gate of some sorts that prevent people from crossing over. The Yin Yang Sea is a curious colored patch of the sea located beside the northern coastal road in the Gold Ecological Park. It is one of the stops after the Golden Waterfalls.

There is a parking lot for vehicles near the coast and a raised viewing platform. Here, you can take a glimpse of the amazing Yin Yang formation of the sea. Aside from the Yin Yang Sea, you can also view an abandoned gold mine in the mountains. Both views are scenic and look amazing. The tour took the entire day, so if you are planning to include it on your Taiwan trip, then you have to allot one day. To enjoy your Northern Coast Tour Taiwan, below are some of our recommended travel tips!

1. Wear comfortable clothes when you go on tour. Taiwan’s weather can be pretty hot, as we’ve discovered, so make sure to wear light and comfortable clothes.
2. Don’t forget to bring some sun protection like sunscreen lotion, cap, umbrella and a pair of glasses.
3. Wear comfortable shoes as the Northern Coast Tour involves walking especially at the Jiufen Old Streets.
4. Stay hydrated and bring water with you!
5. If you want to save money, bring some light snacks when you go to keep from buying stuff.
6. Dispose of your garbage properly and bring them with you!

Have you gone to a Northern Coast Tour Taiwan before? How was your experience? Share it with us in the comments below! 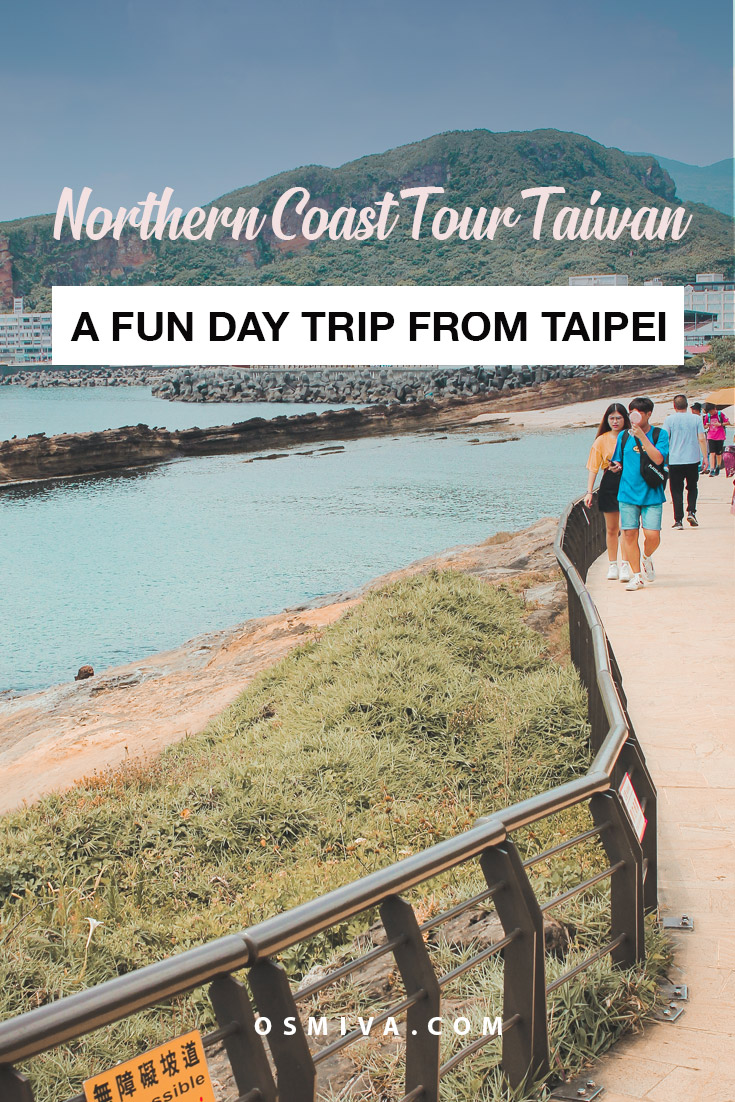